The National Women’s Soccer League has just completed its seventh week of its fifth season. That fact alone is enough to celebrate, as it’s the first professional women’s soccer league to, ever, eclipse the three-year death sentence in American history. Add in two expansion teams within a year of each other, along with an unprecedented TV deal with A&E Networks, and things are finally looking relatively bright for the future of professional women’s soccer in the states.

Though, if we want to accurately analyze this historic fifth season/the craziness that is a NWSL season, we need to look back at one of the busiest and craziest off-seasons the league has ever had, ok? Ok. Let’s go.

Only Took a Lifetime but We’re finally on TV: Back in February, the NWSL managed to strike a three-year deal with A&E Networks, allowing the Lifetime channel to become the official broadcast partner of the league. This means that for the first time in league history/American woso history, a “Game of the Week” will be nationally broadcasted every Saturday at 4 p.m. ET, along with a thirty-minute pre-game show starting at 3:30 p.m. ET. It will, also, air both semifinal playoff matches and the championship game. The excuse of “Saturdays are so boring because nothing is ever on TV” can be officially laid in a coffin and put to rest in peace.

So Long, Farewell, auf Wiedersehen, Good Bye: Fans, say goodbye to the YouTube streams – they’re not really a thing anymore. Hours before the first game was kicked off, the NWSL announced a multiyear partnership with Verizon’s Go90. Go90 is a streaming service that provides content designed to be watched on mobile devices… So, basically, it’s just a fancier, more articulate version of YouTube that some non-soccer fans might think is only a soccer-streaming service, given its name. All 98 games of the 2017 season will be streamed live and on-demand for U.S. citizens on the Go90 app and website. For fans outside the U.S., they can use NWSL’s app and website. However, given the recent, umm, problems…Go90 has been having, the league has opened its website and app for the entire world/galaxy to access for games, until Go90 is able to pull itself together for 90 actual minutes. 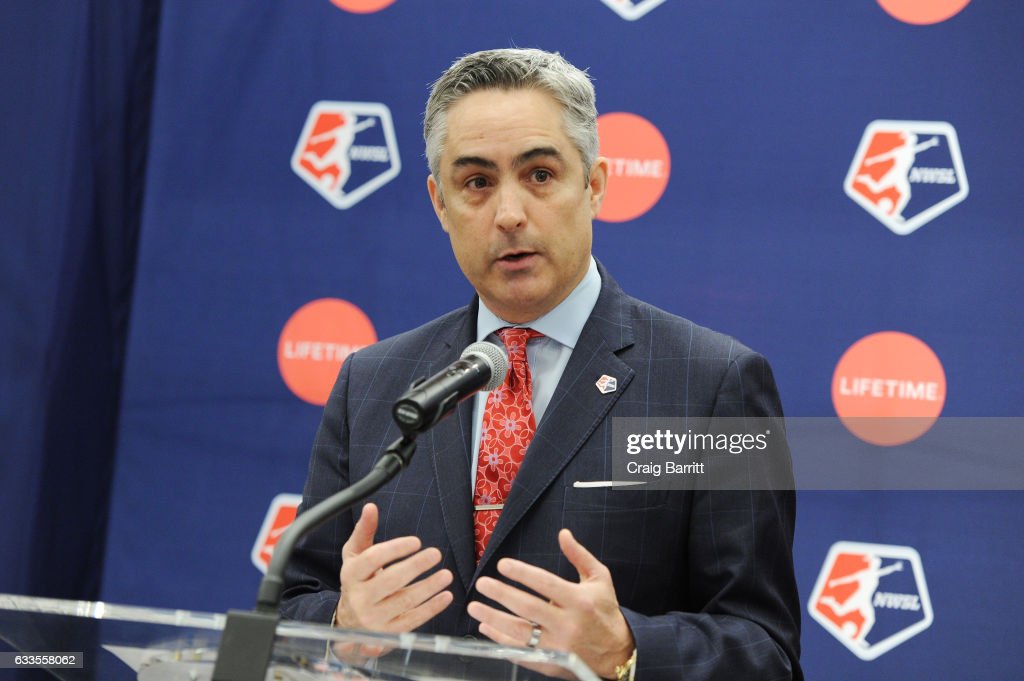 Peace Out, Jeff: Former NWSL Commissioner Jeff Plush stepped down six weeks before the season to “pursue other opportunities”… Ok. Never heard that one before. Plush was responsible for the A&E and go90 deals and for orchestrating the deal to move the reigning league champs, Western New York Flash, to North Carolina, which I will get into shortly. Plush also brought in the newbie, Orlando Pride, last season. So, like, he did a lot of good things. Way to go, Jeff. Have a nice life, Jeff. Amanda Duffy is now in charge for the time-being, and should get the nod to replace ol Jeff, if I have a say in the matter. But I don’t. So, moving on. 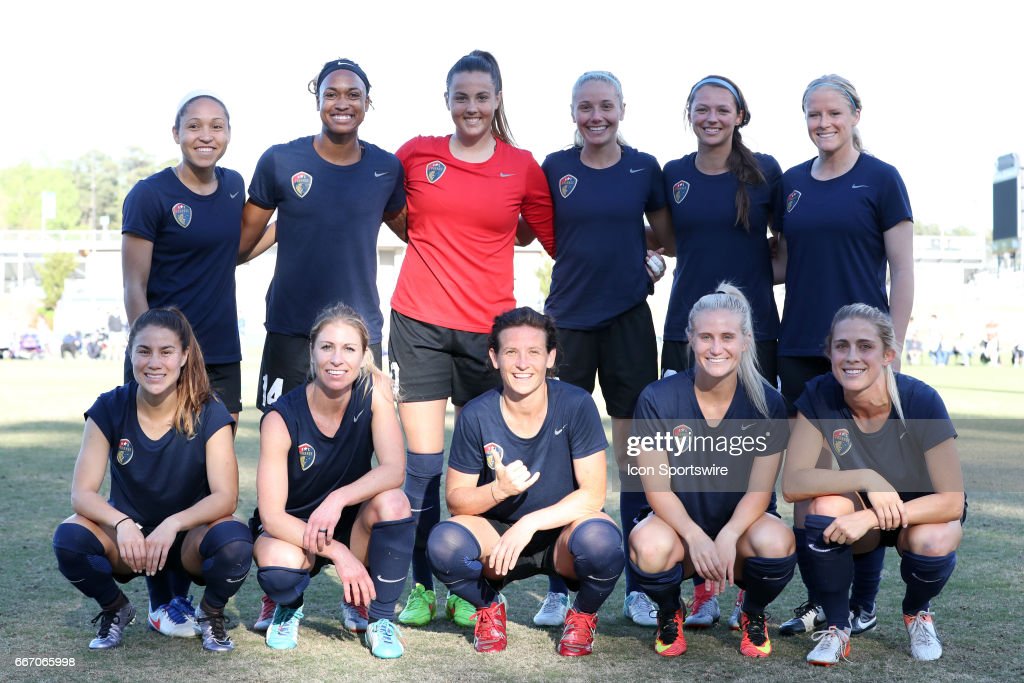 Same Team, Shorter Name: Everyone breathe a sigh of relief: the team with the longest name in the history of “ever” finally has a shorter name… and a new location. Rise up, Tar Heel country. The reigning league-champs, WNY Flash, are now in your own backyard known as the North Carolina Courage. And no, its mascot is not the cowardly dog. 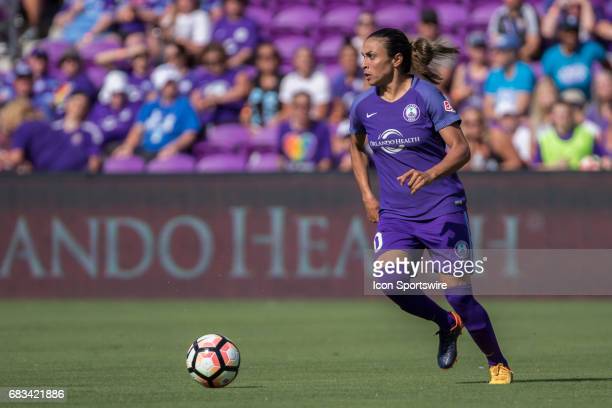 Make Way for the GOAT: Marta… Yes, that Marta is now playing for the Orlando Pride. Yeah. She’s here. In this country. Playing in our league. I am calm. 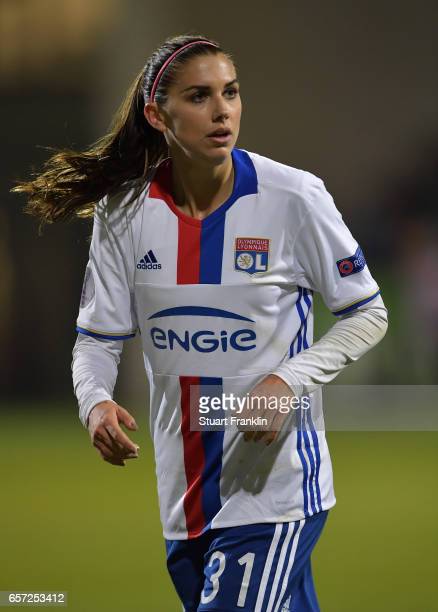 Over the Pond and Throughout Europe: Alex Morgan signed with the Hercules of WoSo that is Olympique Lyonnais until its season is over. Morgan has scored 12 goals in 15 games for OL and is currently fighting a hamstring injury. Status for June 1’s Champions League final against PSG remains uncertain, but it seems as if she might get a few minutes, given how well she’s recovering. Carli Lloyd signed with Manchester City until its season is over. Lloyd’s found the back of the net a couple of times but is currently sitting on a three-game match ban after getting a red card for elbowing a chick. Both Lloyd (Dash) and Morgan (Pride) are expected to return to the NWSL in June after the USWNT’s Scandinavian Tour… is it just me or does that sound extremely barbaric? Anyway, Crystal Dunn (Spirit) signed with Chelsea and will miss the entire NWSL season. Dunn’s playing in typical Dunn fashion, aka killing it. Heather O’Reilly signed with Arsenal, which is gloriously amazing for all because her game face was getting severely missed. 4 USWNTers, 4 excellent woso programs, 4 reasons to get up at the crack of dawn and catch a low-key illegal stream, wait what?

Everyone good? Still with me? If you said no to the latter, you’re rude. Let’s move to league-play. 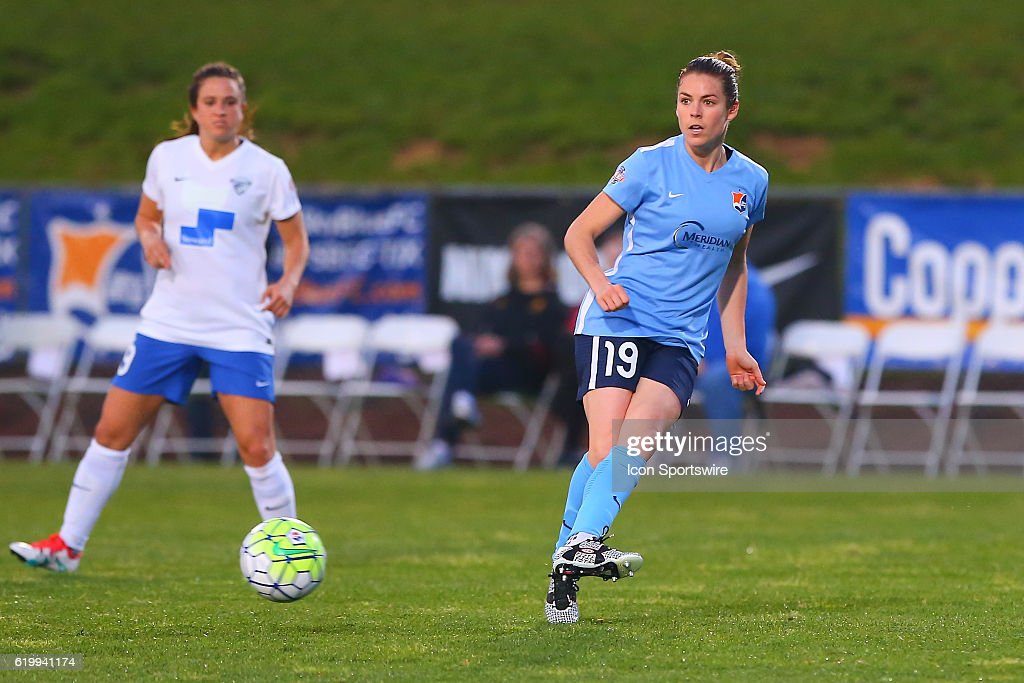 New Phone, Who Dis: Sky Blue FC’s ranked third and the Boston Breakers are in seventh, aka not last place. That’s all you need to know about that. I’m just as shook as you are. What a league we have. This is great stuff, guys. Bless up. 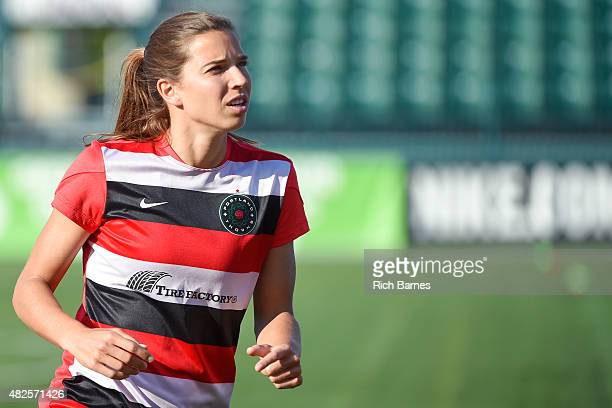 Portland Prayer-Warriors: Nobody is lifting up prayer requests more than Portland. “Heal us” is its battle cry. They’re still pulling out results, though AND Tobin Heath’s status upgraded to “doubtful” last game… God always provides, remember that.

Trust Issues: Chicago’s currently ranked second. A lot of people are expecting them to reach the playoffs. Again. Will they reach the final? No one really knows because that answer can only be found in a wishing star, rather than a red one.

Proceed with Caution: The Courage started 4-0. Red hot, fire emojis, all of that. Good things don’t last because now they’ve lost three of the last four. Don’t be alarmed, though, they’re just being polite. Who wants to go undefeated in league-play anyway? That’s rude. There’s no room for rudeness, here. Play fair. Now, if they continue to lose, then you can hit the alarm button… actually, sit on it and stay there. 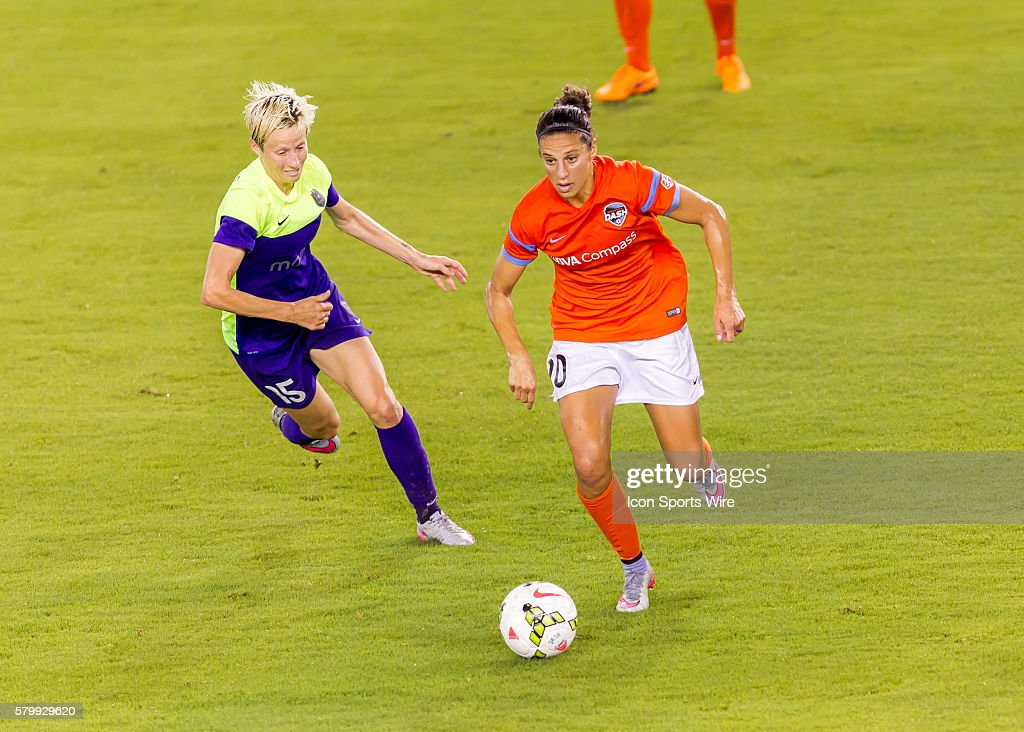 Ready to Pounce: Every year, Seattle is equivalent to a cheetah waiting to pounce on an innocent gazelle that’s eating grass and minding its own business. This year’s no different. They’re a good team; they’re a hungry team. Beware, gazelles (aka you other nine teams.) Beware. It’s a dangerous world out there. 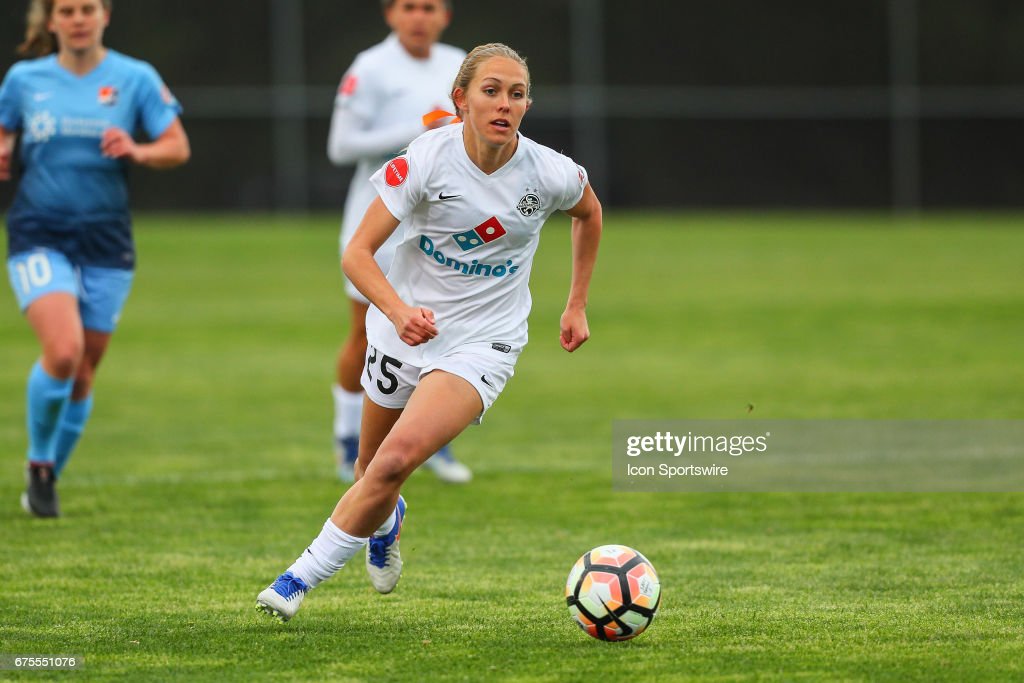 Ehh, Meh: FCKC… you alright. Not doin good, not doin bad, just doin. And somehow, you’re only four points shy of first. I’m not even going to try to figure that out. Keep doin your thing, KC. Go on. 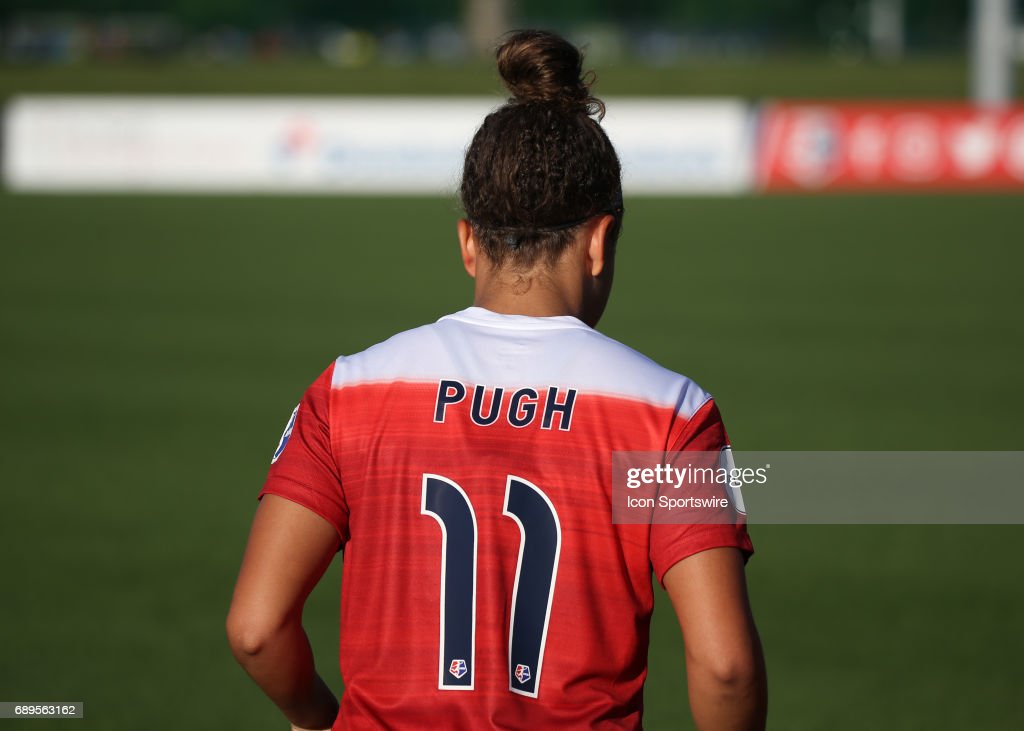 Comment Not Available: @ Orlando, @ Houston, @ Washington…I don’t even know what to say to you. You have the potential; you have the pieces (Looking at you, Orlando), but holy tortellini. I don’t even know. Pride’s gotten positive results from its last three games (before losing to Sky Blue), Spirit’s got Mal Pugh the Mockingjay, and then there’s Houston. God love them. Head coach Waldrum “mutually parted ways” with the club yesterday and, today, the USWNT’s twitter account says Brian is officially ruled out of its June friendlies, aka she’s injured again… Hopefully, they – or at least two of them – get it together, so we don’t have a three-way battle for last place.

Overall, it’s been a crazy season just like the previous four. That’s good. The crazier it is, the better. Cheers to more craziness. Peace out.

Keep up on the conversation